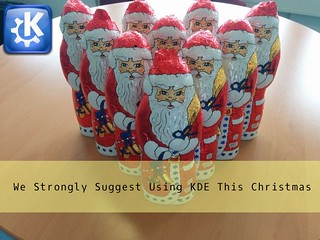 Regular readers will know of my problems with maintaining my property in Edinburgh. It’s a tenement flat building with 11 owners who all need to jointly maintain the communal areas. The problem is nobody except me does, maybe I’m unique in wanting to maintain the most expensive thing I own but only I so much as looks at the roof never mind maintain it.

This year one of the owners, Charles Lovatt, did organise a meeting of all the owners to discuss repairs needing done.  I say organise, it came down to me to point out what his job was and to set up the modern tools like Doodle which make these things possible and set up times and places.

We met and I had to show everyone where the problems were.  When we went into the attic half the owners stayed out and didn’t want to look.  When we were looking for broken tiles on the roof Charles was too scared to even walk near the edge.  When we were looking at leaks in the attic only 1 other person accompanied me to walk around it and look.  When I asked about who put down the mysterious plastic sheeting that was prolonging the damp problems or the even more mysterious insulation that was stopping ventilation issues nobody said anything.  Nobody seemed at all annoyed or amazed that random stuff had appeared in the attic causing thousands of pounds worth of damage which nobody knew about.

But we drew up a list of issues to be fixed and Charles noted it all down and we went away to communicate over e-mail.  But Charles didn’t get back to us.  I waited and enquired and he said he was working on writing it up.  I waited some more and enquired and he e-mailed to say he was having problems with his e-mail, a worse lie I can’t imagine.  After waiting in vain some more I went ahead and make a shared document which listed all the items we agreed and sent out an e-mail asking people to organise the repairs.

Of course nobody did.  But I contacted some repair companies and as is usual in these things they need chased up and you need to make some visits and arrange to be at home to show them around.  I got agreement from a majority of owners and told the repair companies to go ahead, which as is expected with these companies needs some chasing up.

Some of these are ongoing and some have been completed.  But now Charles has said he doesn’t want to be included in any of the e-mails discussing it because he’s sold the flat.  Why is it acceptable to sell property knowing it does not meet The Repairing Standard, the legal standard for property rental? Why does nobody else help in any way to repair their property or seem at all concerned or annoyed that nobody else is helping? Yes it’s some some mild bother and yes you need to be persistent to deal with the repair companies but that is the job they have taken on as landlords or the responsibility they have taken on as property owners with a shared building.  Several people have started paying me for the repairs before I have even asked them to, but nobody has started doing any of the organising needed.

What is going on here?

One issue is people have grown up without a sense of community, nobody likes to talk to their neighbour or share the gossip which starts the sort of conversations happening to discuss these problems.

Another is there are a large number of middle class middle aged people who having worked hard to pay off their mortgage were able to take advantage of the insane rise in house prices in the years until 2008.  These people bought multiple flats to rent them out and assumed they would pay for themselves, that it was an easy way to make money and allow for an easy retirement.  You can’t blame people for taking advantage of a system I suppose, even if it does result in anyone under the age of 35 being unable to get a property without help, why no politicians are concerned about this is a constant source of annoyance to me.  Anyway these landlords tend to treat their properties as a savings account not a job and don’t bother with maintenance and assume someone else will.  They have plenty of money so they’re typically happy to pay someone else to do it but they don’t feel the need to do it themselves because they’re above such menial tasks.

Which bring me to the third reason, people don’t have the practical skills to maintain the property they own. When I bought my first house the first thing I did was go into the attic and scout around the roof, it was fun as well as normal to be.  When I saw a problem I enjoyed working out how to fix it. When it needed a professional I phoned up the companies to organise them and I kept phoning them when they did the usual practice of forgetting to get back to me.  Maybe I’m unusual, my dad also loves doing this stuff so maybe I just learnt it off him and got the required help when I got stuck.  But it doesn’t say much for society that people are unable to make a few phone calls.

So when I put “property shark” in the blog post title that’s just being provocative because I’m feeling grumpy, I don’t think Charles Lovett is a malicious property shark, I think he’s just a lazy middle aged middle class baby boomer with a sense of self entitlement.  He ran a company LI Components doing electronics and at some point realised it was more profitable to rent out a flat which was done under the ownership of that company presumably so he didn’t have to pay Income Tax on it. Until the crisis came and it stopped increasing in value every year and a neighbout (me) pointed out how he was failing in his job so rather than fixing it he sold it and ran away.  This government press release describes his “interests… include strategy, entrepreneurial marketing and the competitive advantage arising from good governance” but if he isn’t able to call a plumber  I don’t see why he’s suitable to run a quango.

The amazing thing is Charles and Brian are just the worst example I’ve had to deal with because they ran away.  The rest of my neighbours are no help either.  They are usually happy to pay, some do so without me even asking presumably to ease their guilt.  But they don’t help and they don’t seem to understand the need to help.

How to fix this?

Edinburgh Council wants to restart the statutory repairs scheme where they just made repairs.  When this was done previous it ended up with corruption because none of the owners of properties they were repairing cared enough to check up on what as happening.  So I don’t think it’s a good idea to start that again.

I tried to sue the previous landlord who failed to help or pay but lost.  Although he has a legal duty to his tenant to keep the property in good order he has no duty to his neighbours, and tenants are often just as lazy and ignorant as the owners.  Enacting a duty to your neighbours to maintain communal property would solve this in a stroke.

Education and communication would help.  E-mailing the landlord registration database to remind everyone of their job and doing a mass leaflet campaign would help. Maybe the council could send round the contact details of all the owners of neighbouring properties.

You already need to register to be a landlord.  Enforcing this would be a good idea as there are at least two flats in my stairwell which are let out but are not on the registrar.  And doing some sort of test for people registering should be required. “Have you checked the roof is not leaking?” would be perfect.  “What have you repaired in the last decade?” would be spot on.

And y’know, maybe the government could make property not a profitable way to get a pension and make it affordable to people under 35.  Higher stamp duty is a start.  More social housing might help.  Higher bands for council tax may help.  It probably wouldn’t help the politicians win votes with middle aged people but it would be the right thing to do after decades of transferring wealth from the young to the old.