Kubuntu Vivid Beta 2 is out.  This is the first major distro to ship with Plasma 5 so it’ll be the first time many people get to see our lovely new desktop.  Scary.

We have 24 bugs I’ve milestoned and 1 month to go until release, let’s see how low we can go.  Many of the bugs are easy enough to fix and just need twiddling the bits in the packaging.  Some are more complex.  If you want to help out come and join us in #kubuntu-devel we’d appreciate just testing the ISOs for sanity.

Alas upgrade from 14.10 is currently broken due to a bug which is probably in apt , fix soon I hope. 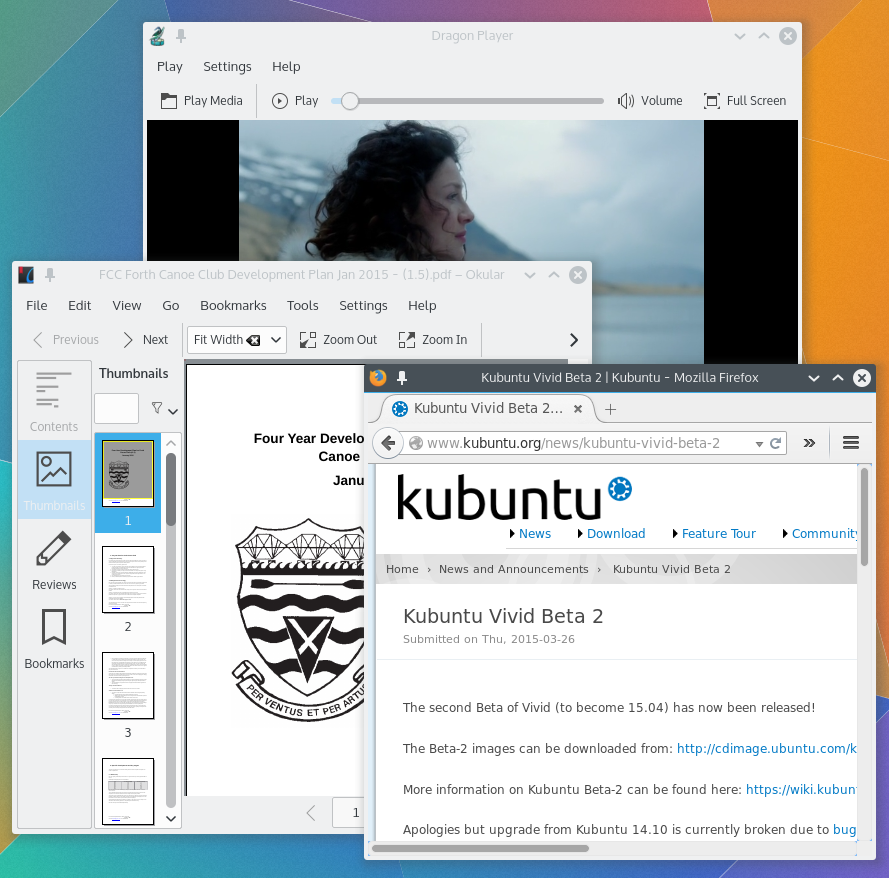 I made the tars for Plasma 5.2.2 yesterday.  I use releaseme, the nice program by KDE hero Harald Sitter.  Previously this took over 4 hours to make all 35 tars now it takes about 1 hour, lovely.  Most of the time is checking out the translations which, to make life simpler for translators, are in a separate Subversion archive.  The update Harald did now was to allow multiple checkouts, lovely.  And with the docs people helping out too we have translations of documentation, Brazil is far ahead in its translations here.

The result was there was time in the day after running it to ponder improving the Plasma specific parts of the scripts so I added automation of a few bits to ensure consistency and make the process smoother.  Making the announcement webpages for bugfix releases is now mostly automatic.  Updating individual tars when problems are found it too.  I finally got round to scripting updates to the version numbers in Bugzilla, it’s crazy there is no API for this. I borrowed Albert’s script for KDE Applications to make better full changelog pages.  And I added some QA tests so I can check if there’s anything missing which should be there.   It was quite a satisfying afternoon.

The amazing Scarlett is busy building them for Kubuntu now 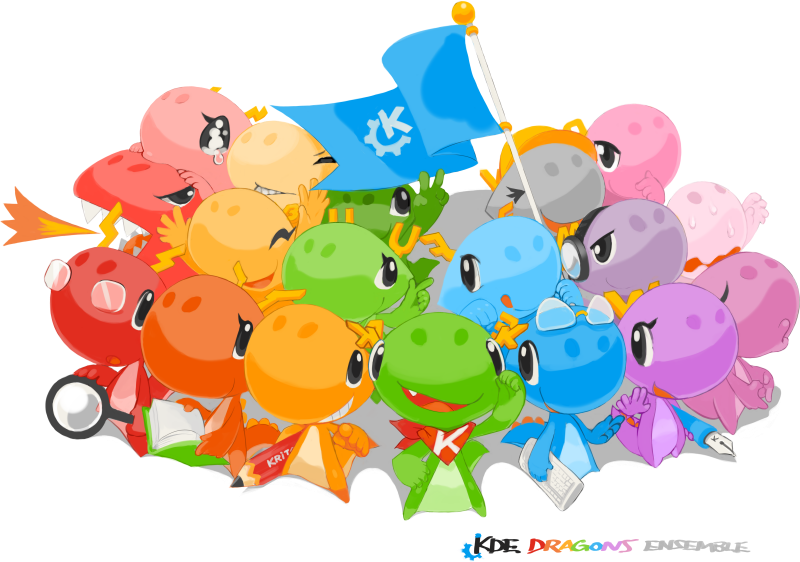 Kubuntu 15.04 development is in full swing and it’s looking like our 10th anniversary edition will be a classic.  We’re the first distribution to ship a stable version with Plasma 5, the desktop which is getting tech journalists excited.  My new favourite desktop they say.  A masterpiece  in the making they’re calling it.  The most exciting release in a long time they exclaim.

Kubuntu 15.04 Beta 1 is out and is working well for people wanting to try out Plasma 5.  We’ve deprecated the 14.10 Kubuntu-plasma5 packages, they were only ever tech preview and I’m afraid we don’t have the person-power to keep them updated, if you want Plasma 5 use the 15.04 Beta 1 for released versions or use Kubuntu CI images for Git versions.

Last week Ubuntu switched over to Systemd for boot system.  It’s complex and faffy but at least we have the same complex and faffy as the rest of the world.  There was a strange issue during the switchover where login manager SDDM suddenly disabled itself from starting.  If you get that just run:

With a new desktop comes the pleasingly satisfying work of integrating it, it’s not unlike when I first uploaded KDE 3 to Ubuntu.  This time though I’m better placed to put all the fixes upstream directly.  For example I’ve just setup gtkbreeze, a helper tool to set up GTK 2 and 3 themeing to mostly match Breeze.  But the icons don’t work, any help with that welcome.

Scarlett has updated Applications to 14.12.3.  Aaron H has updated the docs and the ubiquity slideshow. I’ve nudged the people and pulled the leavers to get KScreen released and print-manager KF5 happy (mostly thanks to Red Hat that one) and telepathy working nicely with Plasma 5 (Martin K gets bonus points there for the legacy presence applet). Package manager Muon now fits in so well with Plasma 5 it gets released with it thanks to Aleix. User Manager gets an update courtesy of Vishesh.  And Harald took time out from making all of KDE continuously integrate to port About Distro, you just can’t live without that one.

We’re still stuck on getting the new BlueDevil in, something in Ubuntu Touch needs ported to Bluez5 apparently.  Libreoffice is looking nice with Qt 4 Breeze theme but I’ve failed to get the breeze icons properly integrated, hopefully I’ll have a spare day soon for that.

There’s still plenty on the bugs list many of them probably quite easy to fix if you fancy helping out.  Our To Do list has plenty to be done including several that could be classes as junior jobs if you’re wanting to get into free software such as making some new recommended applications for the Muon Discover banner or reviewing the ISO contents to see if anything can be removed and get the size down a little.  We’re in #kubuntu-devel on freenode if you want to say hi.