I realised that it’s now a decade of KDE releasing its Plasma desktop.  The KDE 4 release event was in January 2008.  Google were kind enough to give us their office space and smoothies and hot tubs to give some talks and plan a way forward.

The KDE 4 release has gained something of a poor reputation, at the time we still shipped Kubuntu with KDE 3 and made a separate unsupported release for Plasma, but I remember it being perfectly useable and notable for being the foundation that would keep KDE software alive.  It had been clear for sometime that Kicker and the other elements of the KDE 3 desktop were functional but unlikely to gain much going forward.  When Qt 4 was announced back in (I’m pretty sure) 2004 Akademy in Ludwigsberg it was seen as a chance to bring KDE’s desktop back up to date and leap forward.  It took 4 long years and to keep community momentum going we had to release even if we did say it would eat your babies. 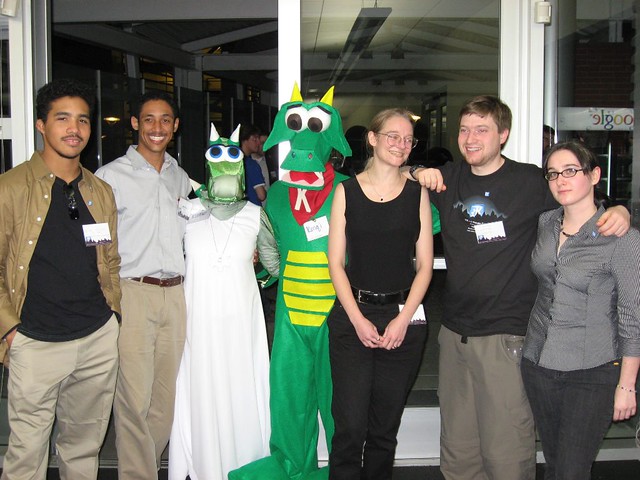 Somewhere along the way it felt like KDE’s desktop lost mindshare with major distros going with other desktops and the rise of lightweight desktops.  But KDE’s software always had the best technological underpinnings with Qt and then QtQuick plus the move to modularise kdelibs into many KDE Frameworks.

This week we released Plasma 5.12 LTS and what a fabulous reception we are getting.  The combination of simple and familiar by default but customisable and functional is making many people realise what an offering we now have with Plasma. When we tried Plasma on an ARM laptop recently we realised it used less memory then the “lightweight” Linux desktop that laptop used pre-installed.  Qt being optimised for embedded use means KDE’s offerings are fast whether you’re experimenting with Plasma Mobile or using it on the very latest KDE Slimbook II means it’ll run smooth and fast.

Some quotes from this week:

“This is the real deal.. I’m going all in on this.. ” Linux Unplugged

Here’s @popey installing @KdeNeon at 30,000 feet. See how excited he looks. How did it turn out? pic.twitter.com/jWVrdR6kPp

Elite Ubuntu community spod Alan Pope tired to install KDE neon in aeroplane mode (fails because of a bug which we have since fixed, thanks for the poke).

Anyone up for a Plasma desktop challenge for the next week?

I’m installing @KdeNeon on all my systems for the next week: https://t.co/ya2tGeMQxu

Maybe some of you will try it along with me, and send me your updates as you go? Also here’s my current setup: pic.twitter.com/lVLf3x4l3U

Chris Fisher takes the Plasma Desktop Challenge, can’t wait to find out what he says next week.

“KDE plasma is literally worlds ahead of anything I’ve ever seen. It’s one project where I felt I had to donate to let them know I loved it!”
“I’ve switched to Plasma a little over a year ago and have loved it ever since. I’m glad they’re working so hard on it!”
“Yay! Good to see Kickass Desktop Environment get an update!”

<yeehi> Riddell – I adore KDE now!
<yeehi> It is gobsmackingly beautiful
<yeehi> I put in the 12.0 LTS updates yesterday, maybe over a hundered packages, and all the time I was thinking, “Man, I just love those KDE developers!
<yeehi> It is such a pleasure to use and see. Also, I have been finding it to be my most stable GNU+Linux experience

So after a decade of hard work I’m definitely feeling the good vibes this week. Take the Plasma Challenge and be a Plasma Puppy! KDE Plasma is lightweight, functional and rocking your laptop.