I had the pleasure of going to the Linux Applications Summit last week in Barcelona.  A week of talks and discussion about getting Linux apps onto people’s computers.  It’s the third one of these summits but the first ones started out with a smaller scope (and located in the US) being more focused on Gnome tech, while this renamed summit was true cross-project collaboration. 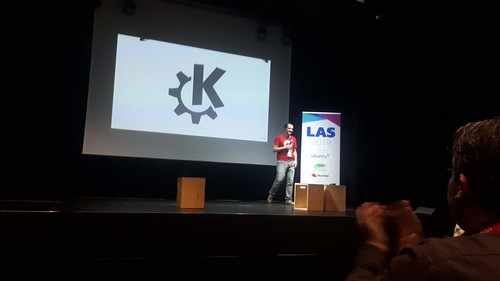 Oor Aleix here opening the conference (Gnome had a rep there too of course). 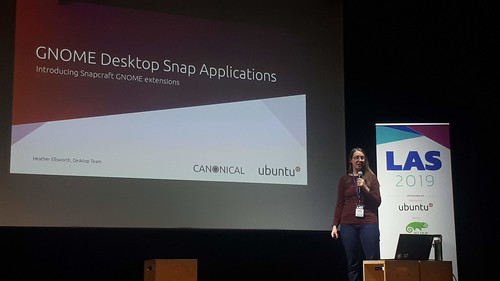 It was great to meet with Heather here from Canonical’s desktop team who does Gnome Snaps, catching up with Alan and Igor from Canonical too was good to do. 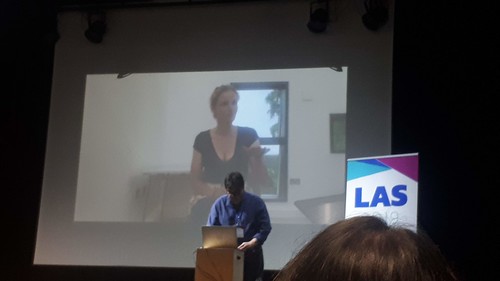 Here is oor Paul giving his talk about the language used.  I had been minded to use “apps” for the stuff we make but he made the point that most people don’t associate that word with the desktop and maybe good old “programs” is better. 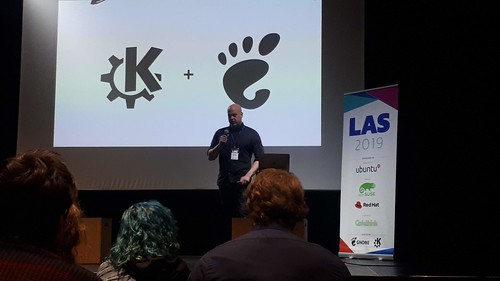 Oor Frank gave a keynote asking why can’t we work better together?  Why can’t we merge the Gnome and KDE foundations for example?  Well there’s lots of reasons why not but I can’t help think that if we could overcome those reasons we’d all be more than the sum of our parts.

I got to chat with Ti Lim from Pine64 who had just shipped some developer models of his Pine Phone (meaning he didn’t have any with him).

Pureism were also there talking about the work they’ve done using Gnomey tech for their Librem5 phone.  No word on why they couldn’t just use Plasma Mobile where the work was already largely done.

This conference does confirm to me that we were right to make a goal of KDE to be All About the Apps, the new technologies and stores we have to distribute our programs we have mean we can finally get our stuff out to the users directly and quickly.

Barcelona was of course beautiful too, here’s the cathedral in moonlight. 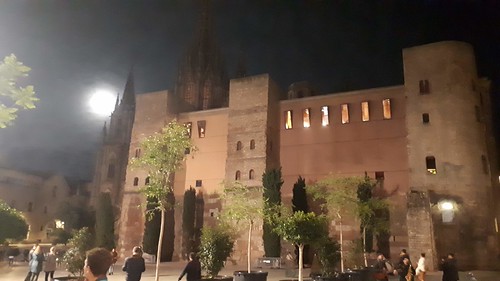